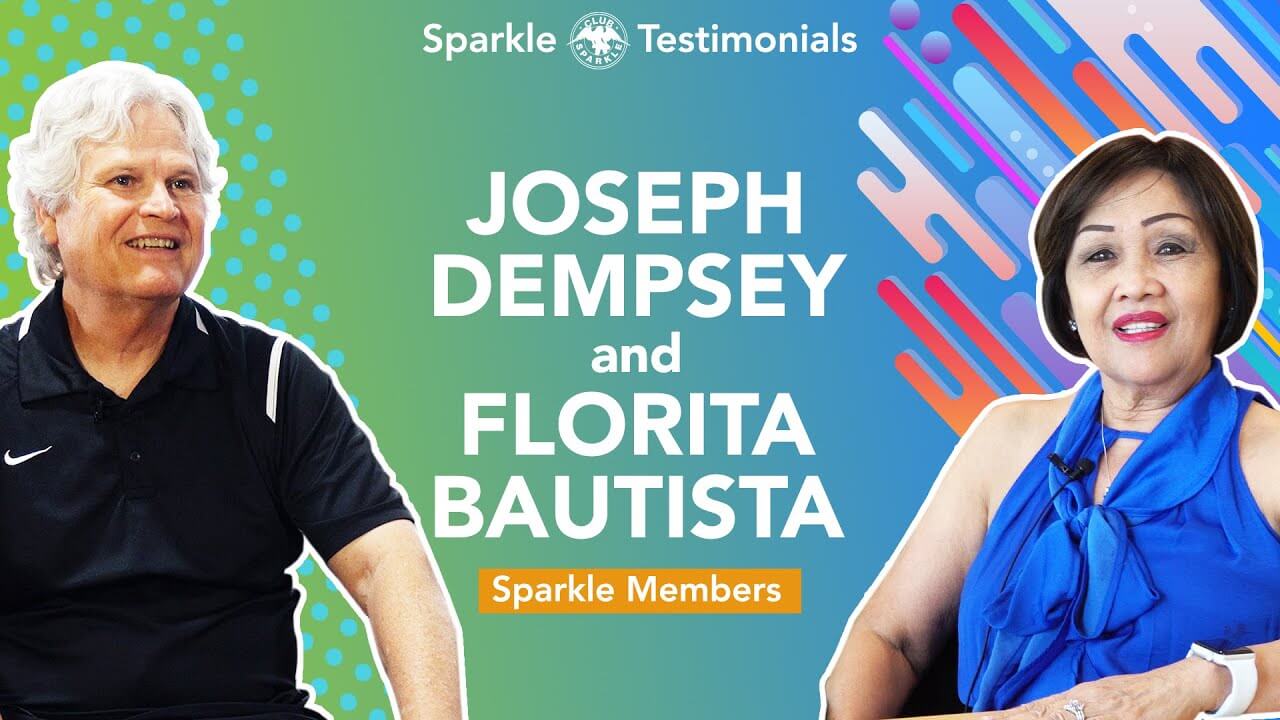 Joseph's and Florita's Testimonials - Improving lives one Sparkle at a time!

You can watch this video and dozens of other’s on our YouTube channel, Club Sparkle USA!

Both Joseph Dempsey and Florita Bautista are happy Sparkle Members who have found incredible success and health benefits while using Club Sparkle wellness products! Read their stories stories below!

“When I first contracted, I was diagnosed with cancer back in 2018, it was April. They told my wife to make arrangements for me, because I was going to be dead in a year to a year and a half. That was two years ago, so not doing bad for a dead man.

I could only take the Nectura because of my treatments from prostate cancer. I was taking chemotherapy with radiation, and they said that they other products would interfere with that. And so I have been religiously taking the Nectura, and certainly I am not going to say that it cures my cancer, because my cancer is in remission now but I can certainly definitely say that the energy that I derived from the Nectura in the process has been amazing.

I talked other people who were doing chemotherapy, same as I, and they said that after chemotherapy session they couldn’t eat, they were nauseated, they couldn’t eat for two or three days, they had no energy or they had to go lay down, and after my sessions I would go and have a protein bar and jump in a car and drive thirty miles to my office, and work until eight or nine at night. And so I think the Nectura really gave me the energy to do that. It would have been very difficult otherwise.

I usually fill up a large glass, a sixteen-to-eighteen-ounce glass, I put my Nectura in it, and I take a cadre of vitamins and supplements, I do that every morning as well. I think it’s a good product, it tastes good. We think it’s a good product, and we’ve noticed a big improvement not just in my energy, but my wife Alice, she had very serious allergies, every time she ate anything, and she would anything, I don’t care what it was, it could be a carrot, she would come to me and say ‘look at my back’ and it was just in welts, and her arms and legs, she was miserable. She started taking the Nectura and that went away. And she wasn’t taking anything else. It’s not like ‘well, I took Nectura and I took this and I took that, the only thing that she changed was the Nectura and it absolutely eliminated, not just diminished, but it eliminated her food allergies.

I think the business with Sparkle is great and the benefits and the amount of money and incentives and whatnot that is give to [Sparkle Members] is far better than anything else I have ever seen. It’s very impressive.”

After six months that I have been taking the products, I started getting rid of all the symptoms that I had been having before. They always give me medication, and I carry it in my purse, just for emergency, just in case, but thank God I haven’t used that.

With the EverYoung, it gives me the energy. Besides, what I really noticed number one, that I liked with that, it stopped the cramping on my legs. I have been taking [EverYoung] for a year and a half, after one year, no cramps. No more cramps, no more being tired, and with my asthma, that is the best thing.

If you have asthma, you have all those crampings, and joint aches and you always have low energy, I would advise you to take this product. It’s the best, and it if you want to enjoy your life, with breathing, I would suggest you start taking this product.”